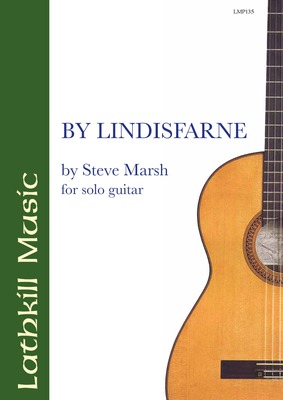 By Lindisfarne was written by Steve Marsh as a 2014 Christmas present for his wife, Nadia - hence the final section which sounds ‘Christmas-like’.

In the words of the composer: "Lindisfarne Castle is a 16th-century castle located on Holy Island in Northumberland, England. For several years, around Christmas-time, we have taken our four dogs and rented a cottage near to the castle, but being out of season the building is closed to the public and we have never managed to see inside it, only walk ‘by‘ it; hence the title."

The piece lasts approximately 7½ minutes and is constructed of several different contrasting sections.