Latest additions to the catalogue

Rail-Ride
A miniature masterpiece of programme music by Owen Middleton that can be used as a campanella study for fine tuning your right-hand control or as an unusual and exciting concert item to have in your bag of tricks.

Flamenco Funk
A real crowd-pleaser by Duncan Leigh that merges funk style harmony, rhythm and slap bass with flamenco rasgueado and golpe, topped off with a right hand tapping cadenza!

December Moon
A highly unusual and mesmeric piece for solo guitar by Ange Turell inspired by the Renaissance lute, the Japanese koto and Stravinsky! Highly recommended!

Seafire (Suite in E)
A 5 movement modern take on the baroque suite for solo guitar by Ange Turell that integrates contemporary harmonies with past sensibilities.

Spring Suite
A joyous and uplifting 5 movement suite for solo guitar by Ange Turell inspired by the traditional music of Sweden and Norway and influenced by the sound of the Hardanger Fiddle.

Water Shapes
An album of 8 pieces for solo guitar inspired and connected by the many different forms and facets of water from the hugely talented Swedish composer Ange Turell.

Three Lullabies
3 pieces for flute and guitar based on Native American, Irish and Norwegian lullabies arranged and expanded into miniature soundscapes by Ange Turell.

Second Suite for Solo Guitar
A finely crafted 6 movement suite by Owen Middleton that will suit an ambitious intermediate grade student looking for something that incorporates more modern sounds of the classical guitar.

A Christmas Selection Box Volume 2
10 more carols from around the world, sufficiently complex to be of interest to the advancing player, creatively and imaginatively arranged for solo guitar by Tanja Mirić.

Slavonic Dance Op. 72 No. 2
The sumptuously expressive and melodic piece by Dvořák skillfully arranged for two guitars by Duo Mirić.

La Chanson de l'Avoirdupois
Imagine if Kurt Weill had written Jim Croce’s Time in a Bottle as a 1930s style torch song for Édith Piaf to sing in The Threepenny Opera with lyrics that look back over a life lived and wonder how it will be ‘measured’! Stunningly beautiful music by Chris Dumigan with lyrics by Chris Fogg.

The Gothic Suite
A five movement impressionistic composition by Steve Marsh based upon an entirely imaginary tale inspired by the writings of Edgar Allan Poe. An extremely popular work definitively adapted for guitar quartet or 4 part guitar orchestra by the composer.

Spanish Sonatas
Three late Baroque single-movement sonatas by Ferrer, Albero & Larrañaga transcribed by Duo Mirić. Music that melds the influence and legacy of Scarlatti with the sensibilities and temperament of the Spanish. Well worth a look.

Selly Oak and Five Bells Sounded
Two pieces for guitar trio or 3 part guitar ensemble by Richard Shearing for grade 3 to 4 players looking for something original and rhythmically interesting.

Homage to Heitor Villa-Lobos
For solo guitar by Mauro Godoy Villalobos. Written in the style of H Villa-Lobos and winner of first prize in the 2014 Classical Guitar Society of Victoria Composition Competition.

A Thomas Hardy Suite
A fabulous new composition in 7 movements for female voice and guitar by Chris Dumigan.

English Lute Duets
50 of the finest duets from the Golden Age of English lute music in 3 volumes transcribed for two guitars by Gary Spolding.

Five Bosnian Songs
If you are not familiar with traditional Balkan music then you are in for a treat with this unusual and inspiring music expertly arranged for solo guitar by Tanja Mirić.

Bach:Uncovered
A new look for the solos BWV 995 to 1013
Bach’s original writing, stripped back to just the notes, in guitar friendly keys, but with no other editorial changes transcribed by Gary Spolding. 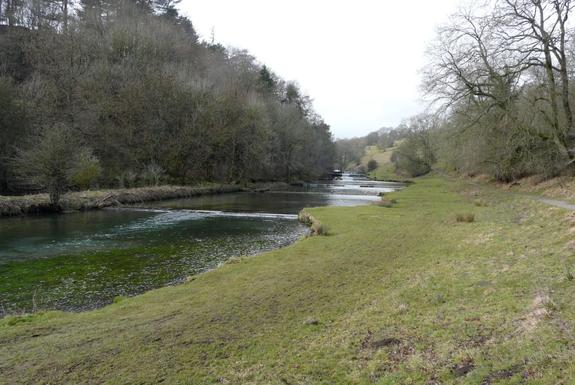