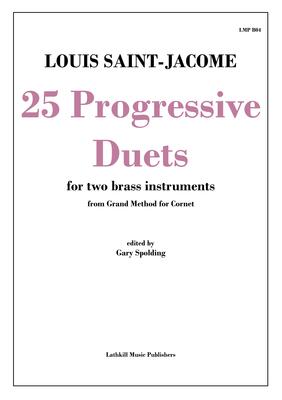 25 Progressive Duets by Louis Saint-Jacome are the ‘15 Easy Duets’ and ‘10 Duos Concertants’ from the Grand Method for Cornet. Stylistically they are very similar to the highly regarded Celebrated Duets but less demanding, and make entertaining concert pieces.

Available in treble or bass clef.

It doesn’t matter if the instruments are pitched an octave apart or if the lower-voiced instrument plays the upper stave.