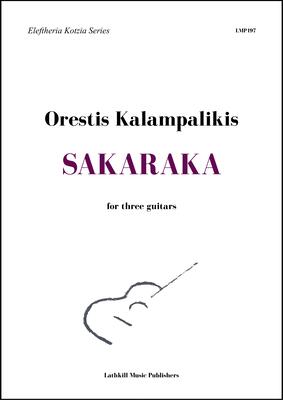 Sakaraka by Orestis Kalampalikis is a mesmerizing piece of programme music that portrays a rusty old jalopy wending its weary way along bumpy Greek roads. The vivid musical journey is produced through the clever combination of Greek and Oriental modes along with hypnotic ostinati. Can be played as a trio with one player per part or expanded into a larger ensemble.

Highly recommended as both an educational tool or an unusual addition to the concert repertoire and guaranteed to ignite the imagination of players and audience alike.

Watch Orestis conduct a performance of Sakaraka in 2016 at the world renowned Ligoure Guitar Festival, of which Eleftheria Kotzia is the director.