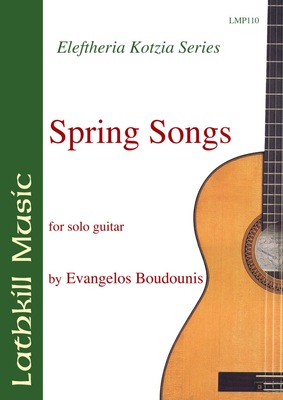 Spring Songs by Evangelos Boudounis consists of three pieces in the form of a suite based on two melodies written by Nikos Antypas and one by Mikis Theodorakis. The titles are Dithesio, Stahi and Fedra. The work is dedicated to Eleftheria Kotzia who edited of this edition and has also recorded the pieces.