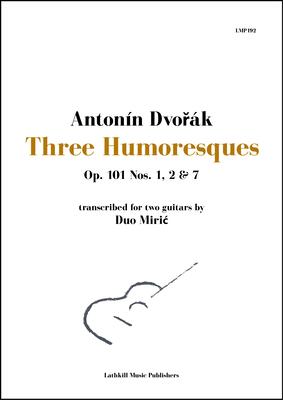 These three Dvořák humoresques originally written for solo piano translate beautifully for guitar duet. No. 7 is the scene stealer with one of the most famous melodies in all of classical music but Nos. 1 and 2 are just as entertaining and all three make perfect concert material.

The music has been arranged so that melody and accompaniment roles are distributed equally between the guitars which provides scope to further increase the musical humour using contrasting interpretations of the same melodic material.