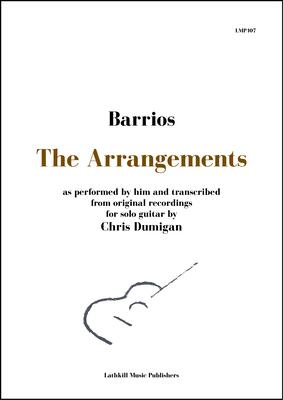 How to Purchase
This volume contains transcriptions of all known recordings that Barrios made of the music of other composers. There are 14 different pieces in total, 4 of which Barrios recorded twice in widely differing versions, therefore both are included. The music has been painstakingly transcribed by Chris Dumigan and these fabulous arrangements can now be enjoyed by all guitarists.

A must for all Barrios aficionados.

Many of the transcriptions in this volume were used by Philippe Lemaigre on his 5 CD set “Barrios: Obras Completas de Guitarra”.